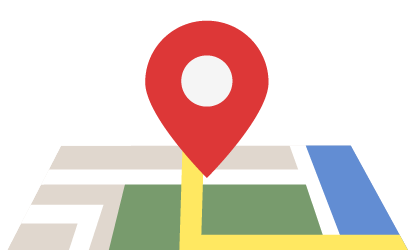 The global outbreak of COVID-19 is creating unprecedented challenges across the world.

As our medical services lead the front-line health battle, the Treasury and Bank of England promise fresh measures to help rally the weakening pound. As businesses across the world are forced to suspend their activities, we wonder if this pandemic is set to prompt a change in the way we operate, with greater importance potentially to be placed on localising activities.

One company that is looking to create shorter supply lines is lithium focussed Savannah Resources (AIM: SAV), which is focussed on becoming the first lithium producer in Europe to support growing EV demand on the continent. The current outbreak has only highlighted the vulnerability of lengthy supply chains that link remote suppliers with far away customers. The development of its Portuguese Mina do Barroso project would establish an end-to-end supply chain, from mined lithium to lithium consumed in batteries manufactured in Europe. It would also strengthen the industrial base of Portugal by introducing a new industry that could attract downstream industries for Portugal such as lithium refineries. Furthermore, shorter supply lines would also undoubtedly have environmental benefit, as eloquently explained in a TedX talk by geologist Lucy Crane, “Mining Our Way to a Low Carbon Future”: https://www.youtube.com/watch?v=aWTkiQ64u_U – with a standard supply chain often comprising lithium being mined in Australia, refined and processed in Asia and then shipped to Europe for the EV market, she states that lithium in the average electric vehicle has travelled 50,000km before the car has driven a single km. Add to that the current complexities of coronavirus, and the comparative benefits of Savannah’s localised European initiative are arguably clear.

Another company that recognises the value and opportunity of creating a European base for a well-established and rapidly growing global industry is MGC Pharmaceuticals Ltd (ASX: MXC), a bio-pharma company supplying GMP certified phytocannabinoid-derived medicines to patients. With an active operational presence already established in Australia and Slovenia, the company is now focussed on building a state of the art 10,480m2 manufacturing facility in Malta in order to support European demand, which is rapidly picking up pace. Alongside this, the company is looking to dual list on the LSE.

Going greener still, soil remineraliser Harvest Minerals (LSE: HMI) is strategically located in the world’s fastest growing fertiliser market, Brazil. Brazil exports over 2.6mtpa of coffee, making it the largest producer in the world, and crucially over half of this comes from the Minas Gerais state where the company’s Arapua Fertiliser Project is based. On top of this, Brazil is the world’s largest exporter of soybean and sugar. To support this significant agricultural industry Brazil predominately relies on fertiliser imports, which are costly. Harvest however is committed to reasserting independence – and alongside this, cutting the chemicals; its multi-nutrient, organic fertiliser KPfértil is a leading product in a new type of fertiliser known as soil remineralisers, which improves crop yield and quality whilst also improving the chemical and physical quality of the soil in a more balanced and sustainable way.  With a much lower cost compared to conventional fertilisers, soil remineralisers result in significant cost, quality and environmental benefits, giving positive implications not only for farmers, but also the planet. Add to this Harvest’s ideal location, which gives doorstop access to a high demand market, so negating large transport requirements and reducing CO2 emissions, and its ethical investment status is clear.

Moving now to Pakistan, the world’s fifth most populous country with more than 220 million people, there is significant demand for affordable and secure energy to power the country’s domestic and international ambitions. Having historically relied on natural gas, where reserves are forecast to deplete by half in under five years, the country is now looking for alternative fuel sources and is keen to keep things close to home. Enter Oracle Power Plc (AIM: ORCP), which is developing the Thar Block VI Project into a combined lignite coal mine and 1,320MW mine mouth power plant, together with a proposed coal gasification to urea project. The coal in the Thar province, which was discovered in early 1990s, is now recognised as the country’s most important indigenous fuel that is present in abundance. Add to this the agricultural value of urea, which in a country where over 40% of the population is involved with agriculture making it the subject of acute demand, and the localised proposition of the company’s offering is strong. The value of this has not gone unnoticed by those further afield, and the Company is developing its Thar Block VI Project in tandem with its partners China National Coal Development Company Ltd. (CNCDC) and the private office of His Highness Sheikh Ahmed Bin Dalmook Juma Al Maktoum and the project has been placed on the priority list for execution under the China-Pakistan Economic Corridor (CPEC).

Accordingly, whilst we are not questioning the value of the international market, there is also clear benefit in localising operations, particularly given the current climate, and it’s positive to see a number of companies pioneering this model. We wonder if more will follow suit?