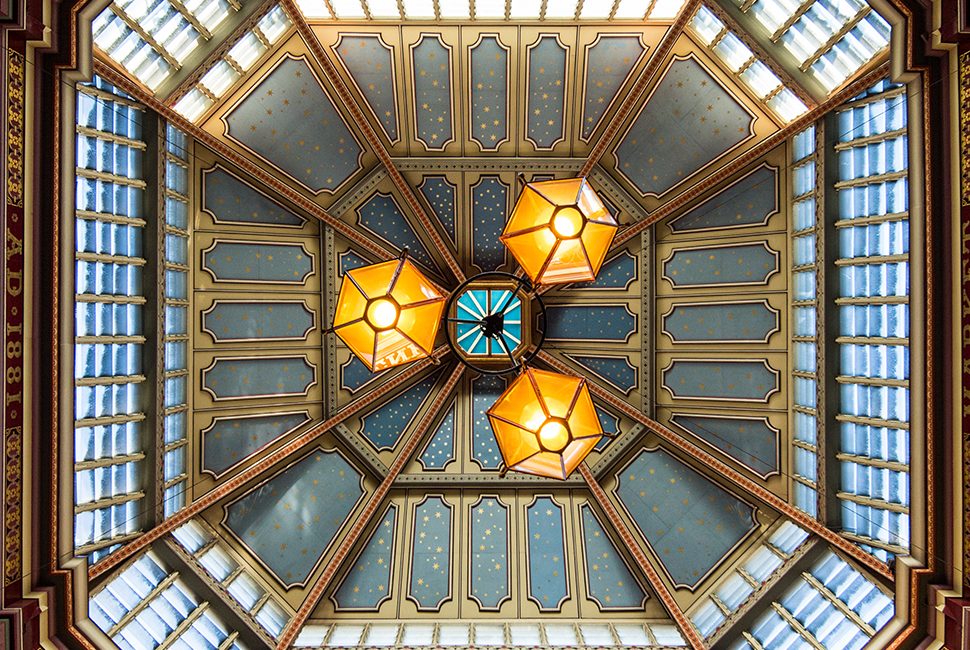 The rule of six: found in beehives, snowflakes, and now in the UK.

This week brings another set of guidelines that will come into effect on Monday with gatherings now restricted to only six people. With coronavirus affecting more than just our physical health but also our mental health, looking after our minds has become increasingly important. Thursday marked World Suicide Prevention Day, with this year’s theme: ‘it’s okay not to be okay’ – a phrase to keep in mind through hardships or even just when you’re having a bad day. Sunday also brings Positive Thinking Day: started in 2003, it’s a day set aside each year to concentrate on the positive things in life, which forms a key aspect of mental health. Maybe it’s having been able to spend some extra time with your family, or successfully keeping that plant alive, or when you get your cup of tea just right – whatever your reason to smile is, we can always find light even in the most unexpected of places. London’s Oval tube station proves to us just that through its viral ‘Thought of the Day’ board to light up commuters’ day and a host of other stations have followed suit. Morden is the latest station to take the helm and, on Thursday, brought us this uplifting quote: ‘Place your hand over your heart, can you feel it? That is called purpose. You’re alive for a reason so don’t ever give up’.

Armadale Capital Plc (AIM: ACP) has submitted the Environmental and Social Impact Assessment to the National Environment Management Council of Tanzania (‘NEMC’) for the Company’s natural flake graphite from its 100%-owned Mahenge Graphite Project in south-east Tanzania. NEMC have confirmed they will be conducting the field visit during the week commencing 14th of September 2020, which is one of the final steps before recommendation for the granting of the environmental permit which will allow the granting of the mining licence. This marks another crucial step in the development of the Mahenge Liandu project and one of the final necessary components in the Mining Licence application process. Armadale also continues to positively engage in development funding options, including debt package and project level development funding, and its offtake workstreams are also progressing preparations to commence the front end engineering design study.

Kibo Energy Plc (AIM: KIBO) has announced that its 100% UK subsidiary, Sloane Developments Ltd., has agreed to the Heads of Terms for a share purchase agreement to acquire a 9MW flexible gas power project in the UK ahead of Sloane’s listing on the London Stock Exchange. In line with its strategy to acquire and develop a portfolio of small scale flexible power generation assets to help balance out the UK’s national grid, this project is in addition to Sloane’s direct 100% interest shovel-ready 5MW gas fuelled generation plant, Bordesley. There may be potential to optimise synergies between the two sites, resulting in significantly improved site economics. Together with Sloane’s upcoming listing, which will allow the company to develop its portfolio at scale and pace, this acquisition will provide an outstanding platform from which to take full advantage of the Reserve Power market, the fastest growing energy sector in the UK.

BlueRock Diamonds Plc (AIM: BRD) has recovered a 9.7 carat diamond with an initial independent valuation estimate of $75,000, marking the second high value stone recovered at the Kareevlei Diamond Mine this quarter, as well as additional high quality run of mine diamonds have been recovered. The frequency of recovering high value stones is expected to continue to improve as BlueRock continues to make further progress mining from the KV Main Pit.

Dekel Agri-Vision Plc (AIM: DKL) provided its monthly production and sales update for the Ayenouan palm oil project in Cote d’Ivoire for August 2020 with CPO production up 3.6% to 1,551 tonnes compared to August 2019. Higher extraction rates offset a reduction in fruit delivered to the mill for processing which together with a 25% jump in global CPO prices points to the recent trend of improving year on year financial metrics continuing into September 2020. Management already expects to report a more profitable H1 financial performance compared to last year.

Empire Metals (AIM: EEE) has raised £1.25 million by way of an oversubscribed placing of 50,000,000 new ordinary shares of no par value in the capital of the company with new and existing shareholders, at a price of 2.5 pence per Placing Share. The proceeds will primarily be used to complete the work programme at the Eclipse Gold Project in Australia, to re-initiate operations in Georgia once the current permit appeal processes with the government in Georgia are concluded, and to continue its efforts to identify and secure additional compelling assets in which Empire can add value in the short term.

The Women’s Tennis Association celebrates the 50th anniversary of the Original 9 and their pivotal decision to sign $1 contracts to compete in the groundbreaking women-only tournament.

Heritage Open Days begins today with free events all across the UK to celebrate history and culture.

Jane Fraser will become the first female Wall Street bank boss when she takes over as CEO of Citigroup in February.

Montreal has built the world’s biggest rooftop greenhouse, which will be able to feed 2% of the city.

Here are some resources to turn to if you are struggling or are worried about a loved one’s mental health.