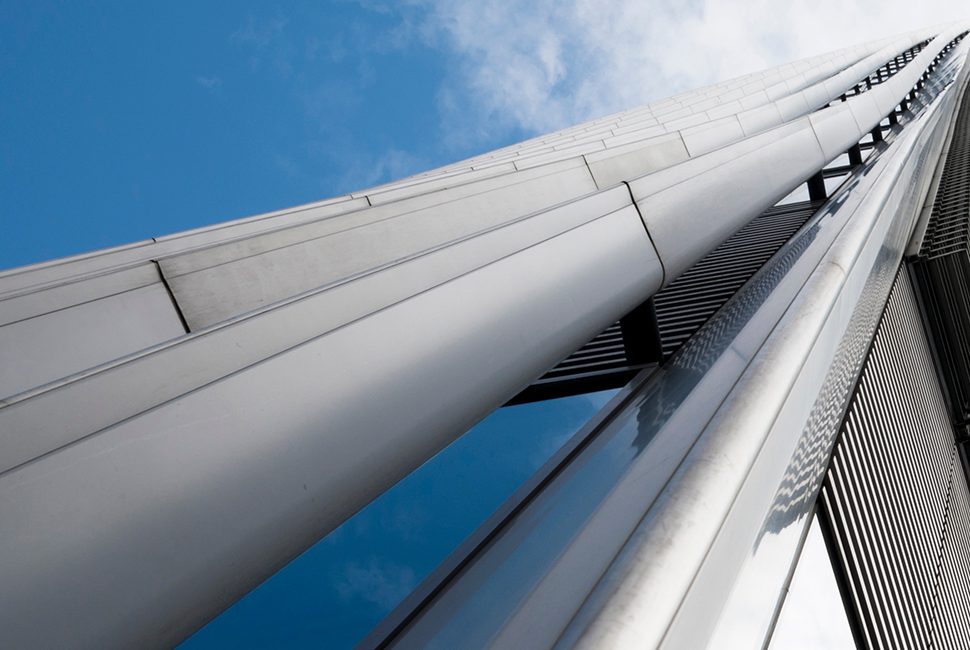 With the end of August comes the ever dreaded back to school season with students beginning to return to classes in person.

But even for those of us that don’t need to think anymore about what homework has been left unfinished and which new pencil case to buy, the first day back jitters don’t ever seem to fully go away as many workers are being encouraged to return to the office. The back to school preparations are replaced by dusting off workwear (that is more than just the waist up) and trying to remember the commute to work (that isn’t just rolling out of bed to the makeshift home office). But, before we go back to work and school, there is one last long weekend of summer to enjoy – and it is perfectly timed by landing on the last day of the ‘eat out to help out’ scheme. The scheme has been so successful with over 64 million diners using it, that many restaurants will continue to fund it themselves for the whole of September – so we can all still use it as an excuse not to cook for three days a week! And although forecasted to be the rainiest August bank holiday on record, it surely won’t stop us from making the most of the last moments of summer – what’s a little rain to Brits anyway?!

Contango Holdings Plc (LSE: CGO) has signed a Letter of Intent with CoalZim Marketing Limited relating to an off take agreement for coal products produced at Contango’s Lubu Coalfield Project in Zimbabwe. CoalZim has in principle agreed to purchase an anticipated 2,000 metric tonnes of 28CV metallurgical coal per month from Monaf, which is Contango’s subsidiary company, with an assumed sales price between $100 and $120 per metric tonne of coal. This is the second coal offtake LOI secured this month, reflecting the strong demand for the high quality coal products being produced at the project. The formalised agreements will allow the company to progress with the development at Lubu and expect to be in a position to deliver first production and revenues within the next six months with its anticipated commissioning in Q4 2020.

Emmerson Plc (LSE: EML) announced the results from the Socio-economic Study for its Khemisset Potash Project in Morocco, providing measurable and verifiable confirmation of the significant benefits that the project will deliver at local, regional and national levels. The study found that the project will have a positive impact on the local area, with a total of 2,385 direct and indirect jobs to be created during its construction with a total of 1,500 jobs once operational. Moreover, it is also nationally significant as the economic impact of the project is estimated to increase local GDP per capita by 40%. This is in line with Emmerson’s company values summarised by the phrase: ‘doing the right things the right way’.

Jubilee Metals Group Plc (AIM: JLP) has executed a processing agreement whereby Jubilee has been appointed as operator to recommission and operate the existing run of mine chrome beneficiation plant adjacent to the Inyoni Operations. The processing agreement includes a guaranteed supply of a minimum of 40,000 tonnes per month of chrome and PGM containing ROM, with the potential for this to be increased to 80,000 tonnes. PGM rich tails produced under the agreement and supplied to Inyoni are in addition to the existing PGM tailings resources already owned by Jubilee and produced by the Windsor operations, and will be further processed at Jubilee’s adjacent PGM recovery plant. The processing agreement further strengthens the sustainability of Jubilee’s operating capacity and earnings base in South Africa as well as extending the life of the existing PGM resource and offering the potential to expand the Inyoni Operations. Jubilee’s specialist and unique processing solutions solidify the company’s position as an internationally recognised metals recovery company.

Kibo Energy Plc (AIM: KIBO) provided an update on its Mozambique projects, notably the Benga Power Plant Project and the Baobab Power Station Project. Significant progress is being made as Kibo looks to deliver 350 MW to 400MW; a supply agreement is being targeted for BPPP that would deliver a total of c. 150 MW to EDM, whilst the Company has a binding term sheet with Baobab Resources Ltd to supply c. 200MW energy to Baobab’s Tete Steel and Vanadium Project in Mozambique from the proposed Baobab Project. The Grid Impact Assessment and Integration Study on BPPP has been completed, reviewed and submitted to EDM, and the Technical and Financial Feasibility review of the Baobab Project is completed. In addition to this, an Integration study to assess the feasibility of 400 MW combined project for the Baobab Project and BPPP has been commissioned. Kibo is extremely pleased with the progress being made and PPA discussions / negotiations with both EDM and Baobab are on schedule for completion by the end of this year and the beginning of Q4 respectively.

FastForward Innovations (AIM: FFWD) released its final results for the year ended 31 March 2020. It has largely been a positive year for the company and it maintained focus on delivering its core objective of providing investors with exposure to disruptive growth opportunities that have near-term re-rating potential and would otherwise be inaccessible. Several of the eight investee companies have been active, with a number of them showing particular promise. Notably, some have increased in valuation including EMMAC by £400,000 and Leap by £1.6 million, both of which have performed particularly strongly. There are also potential listings for both EMMAC and Yooma and the liquidity of FFWD’s portfolio is becoming more balanced than ever before, which is reflective of the new investment strategy adopted in July.
FastForward also received updates from three of its investee companies this week:
Leap Gaming, in which FFWD has a 43.4% interest, has entered into a content distribution agreement with Vivo Gaming whereby Vivo is adding Leap Gaming to its third-party games portfolio. This will see Leap’s games distributed across Vivo’s extensive platform and further increase its global reach and market share.
Portage Biotech Inc., in which FFWD has a 1.18% interest, has published its Annual Financial Statements for the fiscal year ended 31 March 2020 ahead of the extension deadline by the Canadian Securities Administrators. The statements demonstrate Portage’s strong cash position, bolstered by its recent fundraise of $6.98 million. Portage also remains on track to have three products in clinical testing by the end of this year.
The revised Chapter 11 Plan of Reorganization for investee company Factom, Inc., which allows for FastForward’s US$6 million SAFE note to be converted to equity in Factom has been approved by the United States Bankruptsy Court for the District of Delaware and shareholders of Factom. As a result, FastForward expects the conversion of the SAFE note will occur in the coming days and following this, the Company will hold 6,311,330 shares in Factom, representing 30.39% of the issued share capital.

Oracle Power Plc (AIM: ORCP) has been invited to meet with the Private Power and Infrastructure Board in early September 2020 to present the Thar Block VI project implementation plan with a view to finalising the award of Letter of Intent. This forms part of the LOI application and is considered by the Board as one of the final steps in the award of the LOI.

Momentum is building at the large-scale cashew project Dekel Agri-Vision’s (AIM: DKL) is developing in Cote d’Ivoire. This week the West African focused agriculture company announced that the first milling equipment shipment has been delivered to the project site. This is the first of four to be despatched from Italy with the remaining three expected to be shipped to Côte d’Ivoire in the coming weeks and months. The mill remains on course to be commissioned in Q2 2021, at which point Tiebissou will become Dekel’s second producing project, alongside its established palm oil operation in Ayenouan, Côte d’Ivoire.

Our own St Bridean Megan Dennison, will be taking on the London 10 Peak challenge to help raise vital funds for the Hygiene Bank. Donate to the amazing cause here.

All the restaurants extending discount dining into September.

UK artist Banksy has funded a refugee rescue boat in the Mediterranean.

The family home of spy Noor Inayat Khan, the first female radio operator during World War II, has become the first woman of south Asian descent to be given a blue plaque in London.

Push to get staff back to offices will form part of major media campaign to be launched next week by the government.

Today’s Google Doodle celebrates the birthday of Alexandre Dumas, the author of the Three Musketeers and The Count of Monte Cristo.

Britain’s most iconic and beloved cake, Colin the Caterpillar, celebrates his 30th birthday.